CHICAGO (CBS) — One of the worst November snowstorms in Chicago history hammered the city and suburbs Sunday night and early Monday, dumping more than 7 inches in the city, and up to a foot in some northwest suburbs. 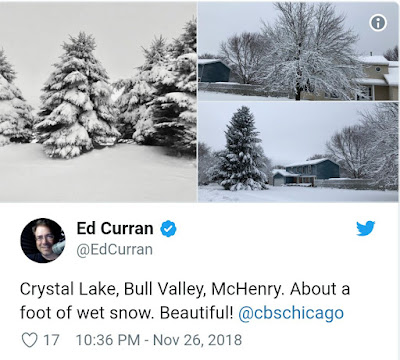 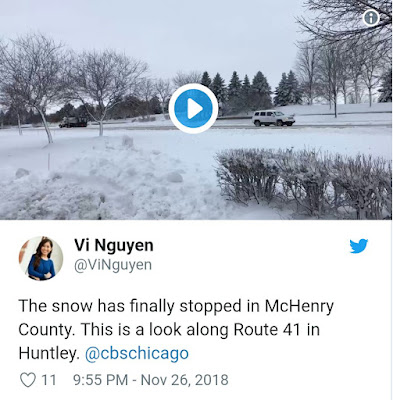 With winds that gusted up to 50 mph at times, the storm knocked down trees and power lines across the Chicago area, leaving hundreds of thousands of homes and businesses without power. The storm also forced airlines to cancel hundreds of flights on the busiest travel day of the Thanksgiving holiday weekend.

According to the National Weather Service, 7.4 inches of snow fell at O’Hare International Airport during the storm, the fifth highest total ever recorded in a November snowstorm in Chicago. Areas closer to the lake got far less snow.

In the Loop, snow wasn’t sticking to the ground until around 6:15 a.m., leaving only an inch or two on untreated sidewalks by the time the snow ended a couple hours later. 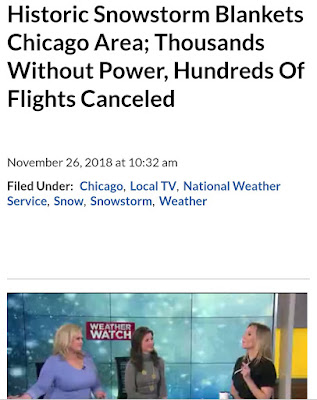