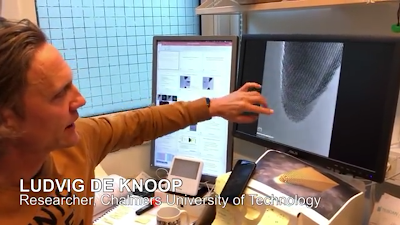 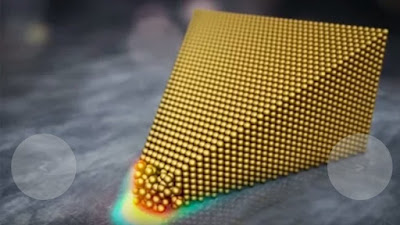 Sometimes the smallest, most esoteric discoveries can lead to groundbreaking changes in science and technology—like Percy Spencer's accidental discovery of microwaves when an experiment melted the chocolate bar in his shirt pocket. In a similar vein, researchers at Chalmers University of Technology in Sweden have learned how to melt small amounts of gold at room temperature using only an electric field.

Before you start coming up with schemes to melt gold rings off people's fingers or liquefying the gold components of smart phones, note that the proportions of this experiment were extremely small and specific: the piece of gold used in the experiment was cone-shaped and microscopic, and the layers of gold removed from it were measured in atoms.

According to Dr. Ludvig de Knoop, a physicist associated with the experiment: "We saw that a few atomic surface layers melted, meaning that the gold atoms moved around a lot and lost their ordered and solid structure. The discovery was surprising since it had not been observed before. It was also very exciting when we learned that we could revert the surface melted layer back to being solid by decreasing the electric field."

It's pretty cool to be able to melt and solidify gold using only an electric field—according to Digital Trends, some of the applications might include creating new "sensors, catalysts, [and] contactless components" for future technologies.

Unfortunately, scaling up this technology to melt larger amounts of gold would require incredible amounts of power: "I would say that this is not possible since the needed electric field is around 25,000,000,000 V/m, even though the voltage we use only is 100 V," Koop told Digital Trends. "...for any practical applications to be feasible, some kind of nano-patterning will be required. In other words, melting the surface of any larger object would require a voltage which is not available." 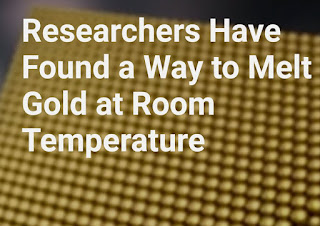