巴別塔的隧道
The Tunnel of Babel 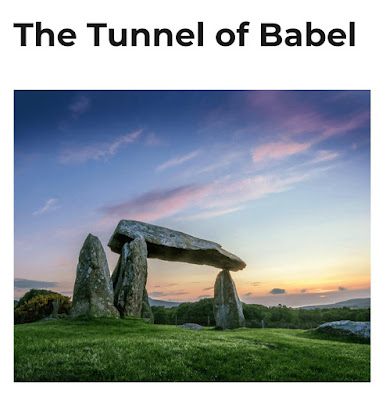 Two physicists walk into a bar—actually, they stroll into a government office in a crumbling-concrete, linoleum-floored brutalist building styled on-the-cheap after Le Corbusier during the boomtown rush of the post-WWII nuclear frontier. They are prepared to pitch an idea that goes roughly like this:

There is something we cannot precisely describe, nor are we able to quantify its dimensions, nor how it behaves, or whether it has any commercial application. We don’t even know if it actually exists but we think the people of the world owe it to themselves to find it, name it and pin it to the mat. We’ve got ten nations signed up and expect the rest to fall into line. Want a piece of the action?

Bien sûr! the bureaucrat replies. Here’s a blank cheque—no—wait— just take the chequebook and let us know if you find anything worth selling. Bonjour! Bonne chance!


For the past sixty-four years the people of earth not involved in CERN have been urged to accept the apocryphal tale above as gospel. We’re also recommended to overlook the compulsory purchase at rock bottom prices of enough villages and farmland on the border of Switzerland and France to enclose a one hundred and twenty-seven kilometre circle bored out of solid rock to a depth of one hundred metres and lined with the most expensive custom-purpose equipment ever invented. Like many of the most important things on earth you rarely hear about it on the nightly news.

Though it’s a bit like discovering Zuul in your refrigerator, we are told that a statue of Shiva The Destroyer & Transformer of The Universe is the harmless centrepiece of the CERN campus in the same way we are ordered to get over the fact that the following videos of a shindig at the Gotthard Base Tunnel portray frolicking mountain mouflon native to the region.

The dual ceremony—one above ground, one (initially) leaked from below—was attended by select members of elite-approved press topside and heads of state down under. Neither event appears to be produced at a discount. Both feature pyramids, all-seeing eyes, what appears to be the ascension of a fallen angel and a Very Hairy Horned One performing The Dance of the Fancy Pants.

produced at a discount. Both feature pyramids, all-seeing eyes, what appears to be the ascension of a fallen angel and a Very Hairy Horned One performing The Dance of the Fancy Pants. 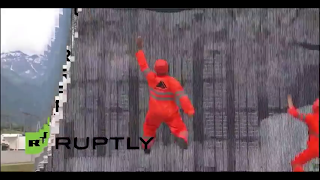 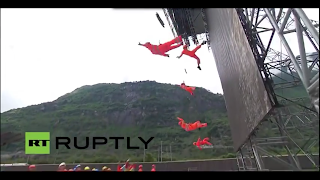 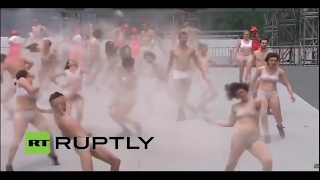 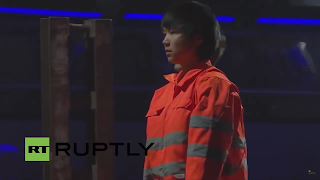 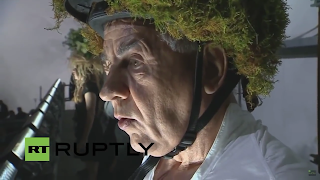 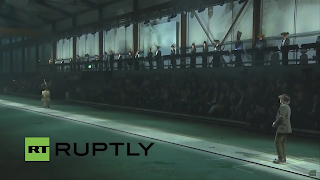 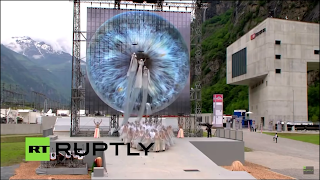 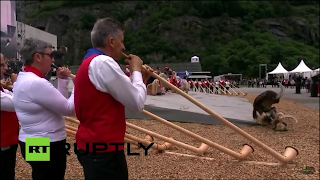 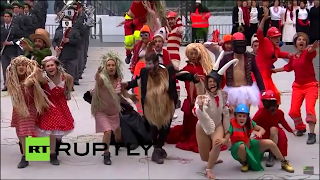 It’s neither fluidly choreographed or perceivably scientific but like all things CERN it is fairly unsettling and smacks of unsavoury ritual. Just break a bottle of Aldi Prosecco over the thing and be done with it is my advice but CERN has never rated my skills as an event planner and I suspect they never shall.

When I consider that my local allotment scheme could not manage to survive more than a year due to infighting amongst the board, CERN appears a miracle of international cooperation. It is the largest and most complex building project in history, yet hardly anyone seems to talk much about it in terms beyond, “Magnets, Mr White.”

Mention CERN at your next dinner party. Observe. The resultant grasp of and focus upon the topic will appear strongly reminiscent of Douglas Adam’s Somebody Else’s Problem field:

An SEP is something we can’t see, or don’t see, or our brain doesn’t let us see, because we think that it’s somebody else’s problem. The brain just edits it out, it’s like a blind spot.

It relies on people’s natural predisposition not to see anything they don’t want to, weren’t expecting, or can’t explain. If Effrafax had painted the mountain pink and erected a cheap and simple Somebody Else’s Problem field on it, then people would have walked past the mountain, round it, even over it, and simply never have noticed that the thing was there.

The Enemy long ago learned to exploit the fact that humans are programmable and that the best-written programs yield the greatest control over hearts, minds and attention spans. Write the proper code, compile it into a software format easily accessible by young hardware and it will endure, whether in the form of cultural affiliation, spiritual practice or Mum’s Table Manners. If well-written, originative programming is powerful enough even despite subsequent iterations and updates to resurface as a ghost in the machine, enhancing, conflicting with, detracting from or shadowing all future experience. Ergo: We are raised to be good citizens. We trust in our governments. Scientists are smarter than we are and work for the betterment of mankind. Do not be alarmed at the large hole in the ground. What’s on TV tonight?