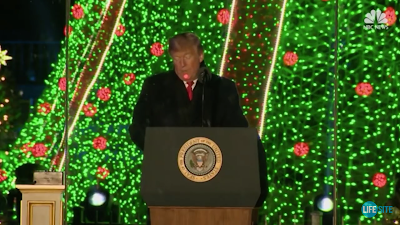 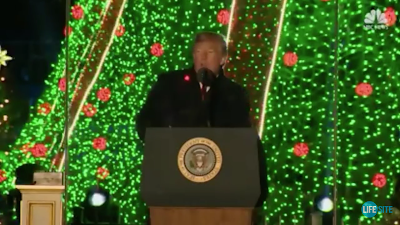 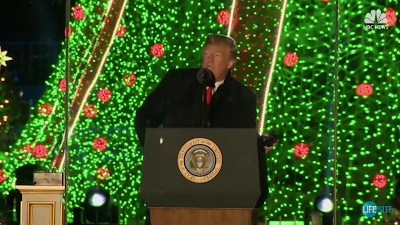 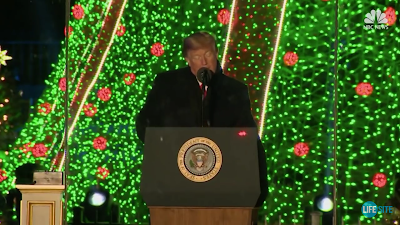 Just days after former CIA Director John Brennan PUBLICLY said that President Trump "looked like a third world despot just before he was deposed" (presumably meaning removed form power by force) RED LASER DOTS appeared on the President while he was giving a speech before the lighting of the White House Christmas tree!

Former CIA Director John Brennan on Tuesday slammed President Trump after Trump attacked special counsel Robert Mueller, writing in a tweet that Mueller's name "will be revered" in history while the president's "will be scorned."

Brennan added that Trump reminds him of how other "corrupt authoritarian leaders" have acted before being "deposed."

"Your feelings of inferiority, insecurity, vulnerability, and culpability are loud & clear. You remind me of how many corrupt authoritarian leaders abroad behaved before they were deposed. Bob Mueller’s name will be revered in the annals of U.S. history; your name will be scorned," he tweeted. 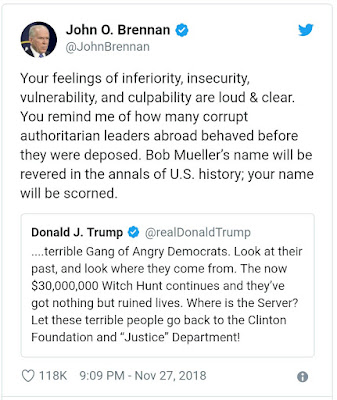 Brennan has frequently sparred with Trump. In August, the president had Brennan's security clearance revoked over Brennan's unprofessional and blatantly political interference in current public affairs.

Earlier Tuesday, Trump took to Twitter to lash out at Mueller, calling him "a conflicted prosecutor gone rogue" and claiming that he is doing "tremendous damage" to the criminal justice system in the U.S. Trump also tweeted the "phony witch hunt continues," referencing Mueller's probe.

Trump has long attacked Mueller and his investigation, which the president has frequently sought to cast as a "witch hunt."

Trump's criticism of Mueller came one day after the special counsel, who is investigating Russian interference in the 2016 presidential election, said in a new filing that former Trump campaign chairman Paul Manafort violated his plea agreement by lying to federal prosecutors.

During the president’s speech red laser dots started popping up on his chest and face.

One viewer says this was a reflection in the bullet proof glass in front of the president. It may have been emitted from cameras using red-eye reduction(?)

Others are not so sure.

What do you think? 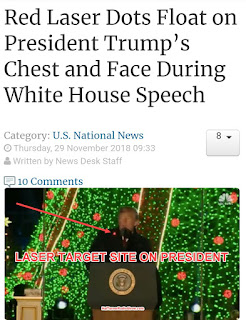