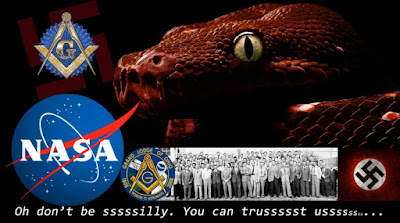 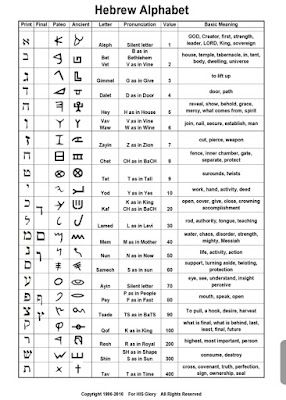 I’ve been seeing an interesting meme being passed around these days concerning the Hebrew word נָשָׁא:

Not sure what the source is for this pic, but in the above case, the word is not pronounced “naSa” but rather “nâSHâʼ” (with the “sh” sound as opposed to the “s” sound). And indeed, Strong’s defines this word as: Strong’s # 5377 – naw-shaw’; a primitive root; to lead astray, i.e. (mentally) to delude, or (morally) to seduce:—beguile, deceive, × greatly, ×utterly.
Interestingly enough, the word is first introduced in Genesis 3:13…

And the Lord God said unto the woman, What is this that thou hast done? And the woman said, The serpent beguiled me, and I did eat.

The word “beguiled” in the KJV comes from this Hebrew word, which as seen above means “greatly deceived.” Eve was deceived by a  נָחָשׁ (Hebrew: “nachash” translated as “serpent”). I created the following graphic early on in my investigations concerning NASA, and of course others have done similar renditions, noting the NASA “swoosh” looks an awful lot like a serpent tongue…
Probably just a coincidence. Anywho…
In both cases (“nachash” – serpent and “nawshaw” – deceived) the Hebrew letter shin is pronounced with the “sh” sound because you will notice that there is a tiny dot above and to the right of the letter shin. This dot is what tells you how it is to be pronounced. When the dot is above and to the left of the shin (as in שָׂטָןwhich is the Hebrew word for Satan), it is pronounced with the “s” sound. Interestingly enough, there is a Hebrew word that is pronounced “nasa” and it is spelled the same way as “nawshaw” but with the dot over the top left of the shin: