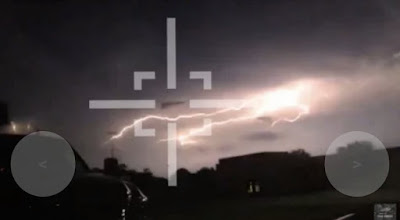 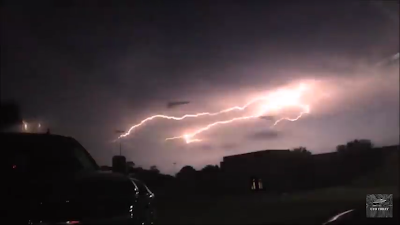 Outer Places was recently contacted by the folks over at UFO Today, a YouTube channel devoted to videos of supposed alien sightings. Their newest video, titled "Why is the TR3B UFO always surrounded by lightning storms?" claims to show a type of aircraft called a "TR-3B" hovering near a lightning storm. According to them, the video was taken last Thursday (November 22nd) by a man named Allan Diablo. Here's the video: 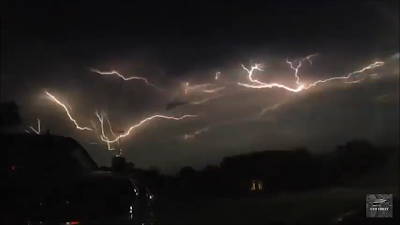 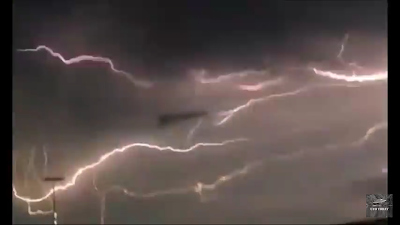 So...we've got what appears to be a vaguely triangular shape in the midst of a lightning storm. There seems to be another shape that's just as dark in the distance (to the right), which leads us to believe that the "aircraft" is actually a shadow cast on the clouds. If you're wondering what a TR-3B is (or just want a clearer transcription of what the narrator is saying), here you go:

"The TR-3B is a type of plane that is supposedly re-engineered from an extraterrestrial aircraft that crash landed to Earth. Scientists were able to re-create the technology that is used by extraterrestrials to travel through space. The question remains whether the objects we witness were man-made or are in fact extraterrestrial."

Rumors and sightings of "black triangles" have been going on for years, and have been identified with a supposed experimental spacecraft called the TR-3B Astra, which has never been confirmed as real. Either way, we doubt that the blurry image caught in the video above is an aircraft (or spacecraft) at all. Like previous UFO sightings during lightning storms, it's most likely a product of bad video quality and weird lighting.

If you're looking for some more convincing footage of aliens and extraterrestrial spacecraft, check out this Project Blue Book interview with an alien or this video of a starship zooming around Santa Clarita. Just know that both are acknowledged hoaxes created by digital artist Aristomenis Tsirbas, who previously worked on the new Star Trek movies. Amazing what you can do with computers. 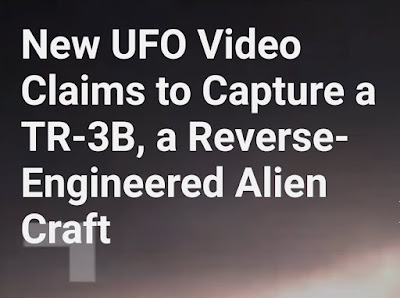