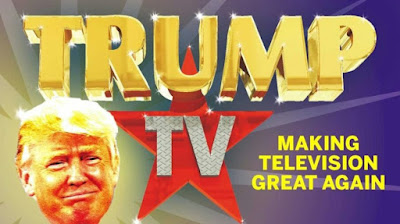 U.S. President Donald Trump tweeted on Monday to suggest the creation of a new global television news network run by his administration to counter “CNN International’s unfair and false portrayals of the United States.”

“While CNN doesn’t do great in the United States based on ratings, outside of the U.S. they have very little competition. Throughout the world, CNN has a powerful voice portraying the United States in an unfair and false way,” Trump tweeted.

“Something has to be done, including the possibility of the United States starting our own Worldwide Network to show the World the way we really are, GREAT!” Trump continued tweeting.

Trump’s plight about MSM news and their lack of positive news about his administration will finally be heard using Facebook to broadcast “Trump TV.” Topics include job growth, the stock market, the economy and any other positive news about Trump’s achievements for the week.

McEnany has also just been announced to be the Republican National Committee’s national spokesperson, Politico reported. It’s unclear if this new job will affect McEnany’s ability to also be the propaganda spokeswoman for Trump TV as well. It’s also unclear whether she is being paid by the Trump campaign or the White House.

Sales of 1984 raised the book back to the bestseller’s list on Amazon after Trump’s inauguration, NYPost reported.

In another video, Lara Trump talks about the president’s successes.

“I bet you haven’t heard about all the accomplishments the president had this week because there’s so much fake news out there,” she said at the beginning of the video, The Hill reported. “We wanted to give you a glimpse into his week,” Lara Trump added. 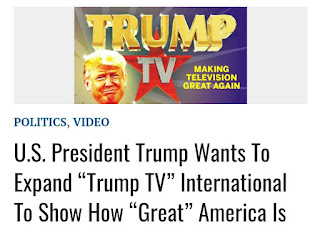 left VS right and give u shit:
White Supremacy vs immigration = militarism
patriotism vs fake news = 1984