武漢病毒與沙士關係密切，現在被稱為WARS/戰爭（武漢急性呼吸系統綜合症）
The Wuhan Virus is now being called WARS (Wuhan Acute Respiratory Syndrome) as it is closely related to SARS.

一份政府內部備忘錄指出，該市人口的感染率是14％，相當於人口大約1百55萬宗感染病例，而死亡率是4％，相當於該疾病有62,048人死亡， 與宣佈的現實有變。
An Internal Government memo indicating that the RATE OF INFECTION of people in the city was fourteen percent (14%) translated into about 1,551,200 cases of Infection, and the MORTALITY RATE was four percent (4%), translating into 62,048 DEAD from the disease, changed the reality. 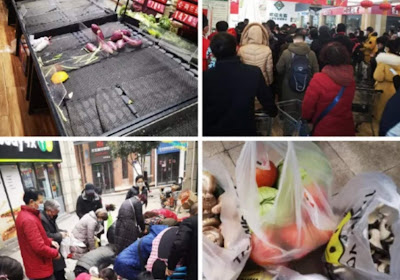 People in Wuhan, China, awoke today to news the city has been Quarantined over the outbreak of Coronavirus; no one allowed in or out of the city, and many of the eleven million citizens immediately panicked; heading to stores to buy food . . .  clearing store shelves within an hour.  There is now reportedly "NO FOOD" to be bought anywhere in the city.


Worse, people are reporting the prices charged rose to "5 to 8 times higher than normal price" and many people found themselves being ROBBED of their food as they traveled home!
No city in China has been Quarantined since at least the year 1949, and no one expected this Quarantine to take place in Wuhan.
When residents awoke today and heard the city was cut off, they PANICKED and tried to go buy food.  FIGHTS are breaking out all over Wuhan as hungry people desperately try to buy food:
FOOD STORES ARE NOW EMPTY: An Internal Government memo indicating that the RATE OF INFECTION of people in the city was fourteen percent (14%) translated into about 1,551,200 cases of Infection, and the MORTALITY RATE was four percent (4%), translating into 62,048 DEAD from the disease, changed the reality.
Chinese Army troops boarded trains last night in the city, and shut down the entire transportation system:
Buses, trains, ferries, and planes are all shut down.
Police road blocks sprang-up on EVERY major roadway, preventing anyone from driving in to the city -- and preventing everyone from leaving.  Even foreign tourists cannot leave!
and here:
And here, too:
China's National Health Commission released information Thursday showing the disease has already spread to VERY MANY more places inside China:
Beijing,  Xinjiang Uygur Autonomous Region, Shaanxi Province, and Fujian Province to name just a few. The Sign Below in Ma City, a town near Wuhan, announces to residents the Virus has been found there too.  It warns people NOT TO TRAVEL or Join anyone else to celebrate the Lunar New Year, but instead to just stay home. In a DISASTROUS revelation, there have been confirmed cases of the novel coronavirus in patients with no travel history to Wuhan, China's National Health Commission revealed today.
This reinforces the belief by many that this outbreak, is NOT a natural incident, but more likely related to a new, Level Four Bio Lab Built by China beginning in 2015, and made operational in January, 2018.  Where did they build it?   WUHAN!
The Wuhan Virology Lab is just two miles or so from the Fish Market where the outbreak allegedly began:
Prior to the beginning of lab operations, Doctors and other experts from around the world expressed fears the equipment and procedures being set up at the facility, "would not prevent escape of dangerous pathogens."  Those warnings were ignored, and the lab was made active anyway.
This is a developing story.  Updates will appear below.  Check back . . . . 6:32 AM EST, January 23, 2020 . . . .

UPDATE 6:54 AM EST --
NOTICE GIVEN TO WUHAN JUST MINUTES AGO:  “5pm to 9pm today, everyone must stay inside; as the infected patients are being transferred to specialized hospitals. The Chinese Air Force will begin to spread disinfectant powder over Wuhan today.
The Wuhan Virus is now being called WARS (Wuhan Acute Respiratory Syndrome) as it is closely related to SARS.
( 自己睇下下圖WARS勁過SARS幾多倍!!!!!!! ) 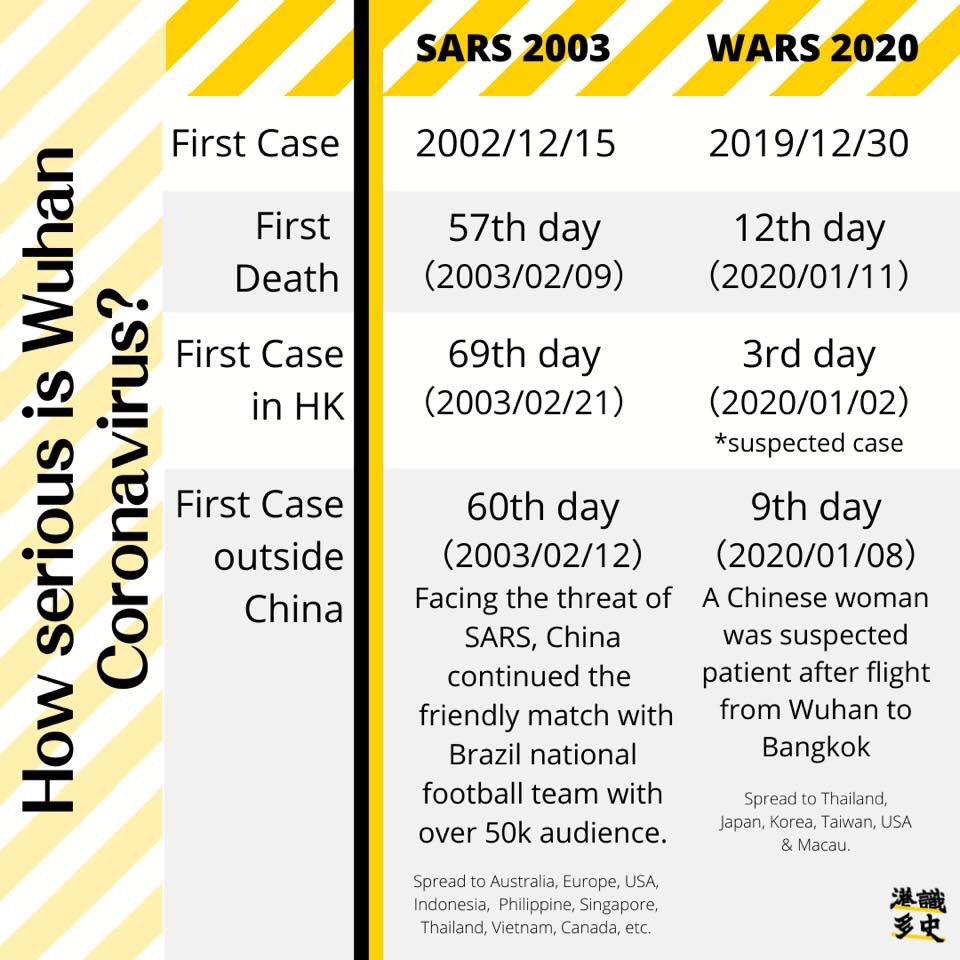 LINES OF DESPERATELY ILL PEOPLE OUTSIDE EVERY HOSPITAL IN WUHAN, CHINA, TRYING TO GET HELP:

PROTECT YOURSELF NOW
Filter masks prevent tiny (microscopic) particles from going into your lungs.  They can help protect you long enough for you to get home from work, school, or to evacuate from a contaminated / infected area.  These will not function correctly if a man has any kind of beard. Beards MUST be shaven off or the mask will leak from the whiskers.
Here's what they look like:
They're inexpensive  $8-$12 each.  You should have at least one for each member of your family at home; in each family car and one for each of you while at work or school.
These filter masks are rated by the US Government's National Institute for Occupational Safety and Health (NIOSH).
Click Here for Various Quantities of NIOSH Model N100 Filter Masks

QUARANTINES COULD COME HERE, TOO!
For people in the USA, One confirmed case is already in Seattle, WA, and a new REPORTED CASE is in Brooklyn, NY. . . . When a biological Quarantine is enacted, Health Authorities cannot lift that Quarantine until TWO FULL INCUBATION PERIODS have elapsed.   There are still varying reports about the actual incubation period of THIS virus; some say four days, others say two weeks.
IF IT IS TWO WEEKS, then you have the initial Quarantine of two weeks, followed by another FOUR WEEKS where (hopefully) there are no new cases.
If YOU could not go out for a total of 6 weeks, do YOU have enough food in your house to feed yourself and your family?  If not, what do you think you would do?  You can't go out under penalty of arrest.  No one can come deliver to you because stores are all closed.  So what do you do? 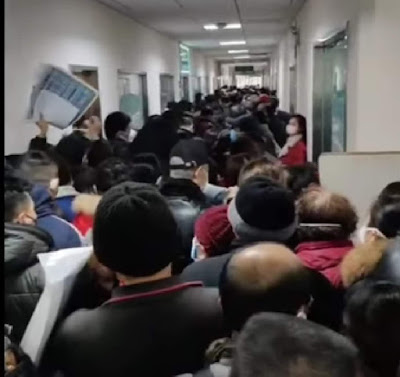 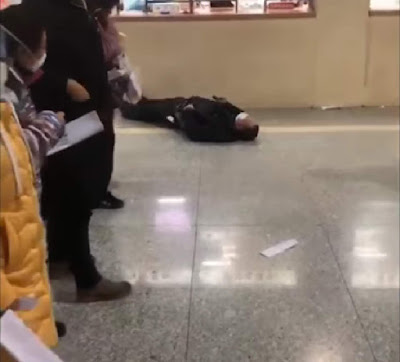