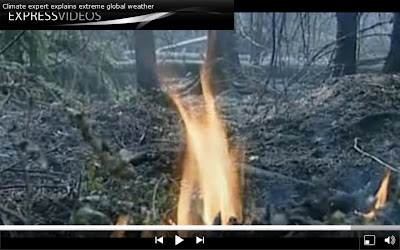 THE world’s leading climate change body has been accused of losing credibility after a damning report into its research practices.
世界領先的氣候變化機構已被指責失去信譽，在一份調查它的研究做法的確鑿報告後。
A high-level inquiry into the Intergovernmental Panel on Climate Change found there was “little evidence” for its claims about global warming.
一高級別調查到政府間氣候變化專門委員會(IPCC)，被發現祇有“很少證據”支持它的全球變暖宣稱。
It also said the panel had emphasised the negative impacts of climate change and made “substantive findings” based on little proof.
它亦說小組已對氣候變化的負面影響作出強調，並做出“實質性發現”建基於稀少的證明上。
The review by the InterAcademy Council (IAC) was launched after the IPCC’s hugely embarrassing 2007 benchmark climate change report, which contained exaggerated and false claims that Himalayan glaciers could melt by 2035.
檢討由國際科學院委員會（IAC）展開，在IPCC的巨型尷尬的2007年基準氣候變化報告後，其中載有誇大和虛假宣稱，喜馬拉雅冰川可能在2035年融化。
***辯論：氣候變化和全球變暖是否只是一個反面?...***
*** DEBATE: IS CLIMATE CHANGE AND GLOBAL WARMING JUST A CON?...***

The panel was forced to admit its key claim in support of global warming was lifted from a 1999 magazine article. The report was based on an interview with a little-known Indian scientist who has since said his views were “speculation” and not backed by research.
小組被迫承認它的關鍵宣稱以支持全球變暖，是從 1999年的雜誌文章提取的。該報告是根據一次與一位鮮為人知的印度科學家的採訪，他自那說他的看法都是“投機”，而不是通過研究支持的。
Independent climate scientist Peter Taylor said last night: “The IPCC’s credibility has been deeply dented and something has to be done. It can’t just be a matter of adjusting the practices. They have got to look at what are the consequences of having got it wrong in terms of what the public think is going on. Admitting that it needs to reform means something has gone wrong and they really do need to look at the science.”
獨立氣候學家彼得泰勒昨晚說：“IPCC的公信力已被深深凹陷和有些事情要做。它不能只是一件調整做法的事件，他們必須看看有什麼是理解錯誤的後果，比對市民認為是怎麼回事。承認它需要改革意味一些東西出了問題，及他們真確需要看看科學“。
Climate change sceptic David Holland, who challenged leading climate change scientists at the University of East Anglia to disclose their research, said: “The panel is definitely not fit for purpose. What the IAC has said is substantial changes need to be made.”

The IAC, which comprises the world’s top science academies including the UK’s Royal Society, made recommendations to the IPCC to “enhance its credibility and independence” after the Himalayan glaciers report, which severely damaged the reputation of climate science.

It condemned the panel – set up by the UN to ensure world leaders had the best scientific advice on climate change – for its “slow and inadequate response” after the damaging errors emerged.

Among the blunders in the 2007 report were claims that 55 per cent of the Netherlands was below sea level when the figure is 26 per cent.

It also claimed that water supplies for between 75 million and 250 million people in Africa will be at risk by 2020 due to climate change, but the real range is between 90 and 220 million.

The claim that glaciers would melt by 2035 was also rejected.

Professor Julian Dowdeswell of Cambridge University said: “The average glacier is 1,000ft thick so to melt one at 15ft a year would take 60 years. That is faster than anything we are seeing now so the idea of losing it all by 2035 is unrealistic.”

In yesterday’s report, the IAC said: “The IPCC needs to reform its management structure and strengthen its procedures to handle ever larger and increasingly complex climate assessments as well as the more intense public scrutiny coming from a world grappling with how to respond to climate change.”

Earlier this year, the Daily Express reported how he had no climate science qualifications but held a PhD in economics and was a former railway engineer.

Dr Pachauri has been accused of a conflict of interest, which he denies, after it emerged that he has business interests attracting millions of pounds in funding. One, the Energy Research Institute, is set to receive up to £10million in grants from taxpayers over the next five years.

Speaking after the review was released yesterday, Dr Pachauri said: “We have the highest confidence in the science behind our assessments.

“The scientific community agrees that climate change is real. Greenhouse gases have increased as a result of human activities and now far exceed pre-industrial values.”