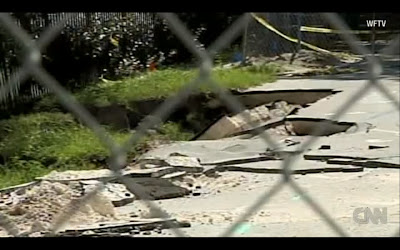 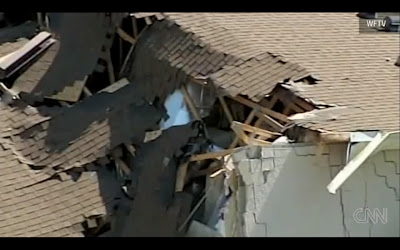 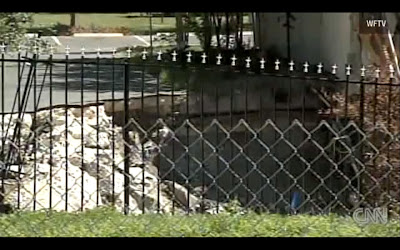 When Inocenta Hernandez awoke to the sound of a massive explosion, she immediately ran outside -- but soon discovered, much to her horror, that the freakish sound had originated inside her home.

As the AFP is reporting, the 65-year-old Guatemala City resident returned to find a three-foot-wide, 40-foot-deep sinkhole beneath her bed. The hole may be tiny compared to a larger, 330-foot-deep sinkhole that formed nearby in 2007 and left three people dead, but Hernandez says she was nonetheless shaken by the experience, according to the AFP:

"When we heard the loud boom we thought a gas canister from a neighboring home had exploded, or there had been a crash on the street," Hernandez said. "We rushed out to look and saw nothing. A gentleman told me that the noise came from my house, and we searched until we found it under my bed. Thank God there are only material damages, because my grandchildren were running around the house, into that room and out to the patio"

Guatemala City is built on volcanic deposits and especially prone to sinkholes, which are often blamed on leaky sewers or on heavy rain, The Guardian is reporting. Last year, a 60-foot-wide sinkhole swallowed a three-story building and nearby house.

View photos of the sinkhole here: 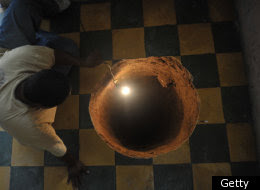 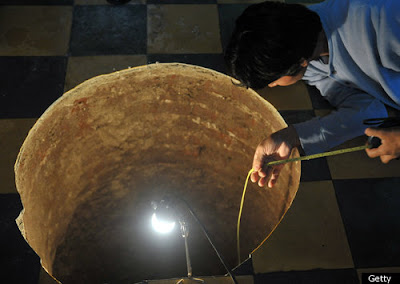