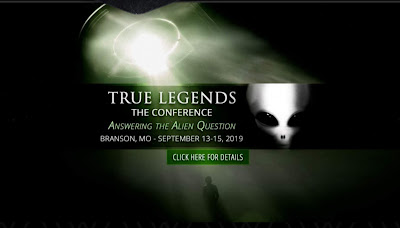 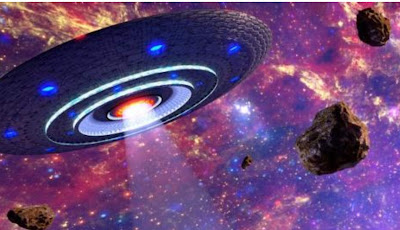 I recently interviewed  LA Marzulli on the topic of Fallen Angels vs ET debate.
LA Marzulli stands at the ready to bring the most accurate information regarding the topic of UFO disclosure and LA is at the top of the list as far quality disclosure. Recently on his website, he offered a
From LAMarzulli.net

Last night on Tucker Carlson the ongoing UFO disclosure was “ramped up” to a new level. Tucker was interviewing Luis Elizondo. Toward the end of the interview Tucker asks Alizondo this:

“Do you believe, based on your decade of serving in the US government on this question that the US government has in its possession any material from one of these aircraft.”
On the clip, you can see very clearly that Elizondo is uncomfortable with the questions… or his he just pretending to be? He replies:

“Do you think the US government has debris in its possession right now.”

“Unfortunately Tucker I really have to be careful about my NDA, I really can’t go into a lot more detail than that but..ah… simply put, yes.

There you have it! I discussed this in an earlier blog that the next part of disclosure would be this. In other words, the powers that be—The Deep State—would trot out someone who would state that the US government has in its possession wreckage from a UFO. I specifically pointed to the Roswell debris as a possible contender. Elizondo spilled the beans as it were and that on Prime-time, national news.

It’s happening and too many people still won’t wake up to what is coming…The Great Deception.  I will address this in depth on the next Acceleration Radio!
This is an example of the information that LA Marzulli reveals in the following interview<
The LA Marzulli Interview
The tighter the noose grows around the necks of the Deep State, the more UFO disclosure stories come to light. Is there a distinctive correlation, or is this a case that 70 years of cover up has finally run its course? Here is the report that attempts to answer these questions in a fascinating interview with LA Marzulli.
Please note that you can see LA Marzulli at the GEN SIX conference in Branson, MO. (September 13-15). For more info, click here.
Following the video, there is additional information about registering for the Branson Conference. There are live stream possibilities as well..   The following is a very telling interview. 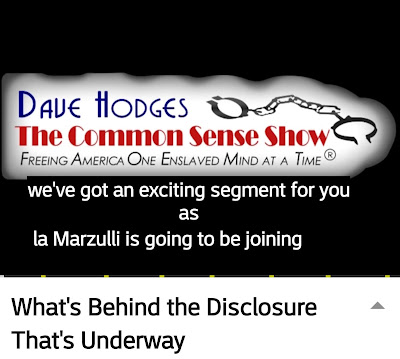 Donald Trump recently tweeted that something very "threatening" Most have taken this threat and have linked it to Chinese EMP weapons. Given what I have written in the past, I agree that this is a strong possibility. However, We should note that during the Obama administration, Putin threatened to reveal the existence of UFO's. Is this one of the reasons behind the marginalization of Russia by the Deep State?  More stunning evidence surfaced in an UK publication that is revealing the Obama and Putin had discussed creating a planetary defense system to defend against alien attack. Of course, most will be skeptical. However, we should be mindful of the Operation Bluebeam was indeed real and it was about perpetuating a fake alien invasion in order to introduce a planetary government in response to the threat and here's why. When Trump talks about a vague and nebulous threat of an unspecified nature, this is one of the places my mind will visit.

The Prevalence of the Perception of the Alien Threat

The Internet is increasingly carrying content about the ET/UFO subject. For example, the highly respected Mike Adams (Natural News) wrote a story on the pitfalls of first contact. Famous people from many walks of life are taking notice. From Presidents (e.g. Jimmy Carter) to Astronauts (e.g. Edgar Mitchel who walked on the moon) to high ranking government officials (e.g. Paul Hellyer the retired Canadian Secretary of Defense), have proclaimed interest and knowledge on the topic. Yet, there is not formal recognition of the phenomenon from our leaders. Putin has warned the United States that if disclosure does not come soon, he will force the issue out into the open. One would have to possess a very closed mind to not give this topic some attention.

From where I sit, there are three possibilities when it comes to the topics of ET's/UFO's.
I am attending the GENSIX conference in Branson (September 13-15). I was originally attending to simply observe and report. However, I have graciously been extended an invitation to participate in a panel discussion on Sunday, September 15th, on the last day of the conference.  I attended last year's outstanding conference on Transhumanism, also hosted in Branson. At last conference, I had a life-changing experience when I became fully educated as to the demonic threat of transhumanism. It was the best conference I had ever attended. I am certain that this year's conference regarding the alien question will be just as fulfilling, or even more so with the great lineup of quality guests.
Here is some important information about the conference:
Guest Speakers
Steve Quayle, Mike Adams, Timothy Alberino,  LA Marzulli, George Knapp, Hugo de Garis,  Chase Kloetzke, Michael Schratt, Gary Stearman, and much more including a surprise and as of yet, an unannounced guest.

Registration Information and complete schedule
General Questionsinfo@gensix.com Conference Questions
conference@gensix.com
If ou are unable to attend, check out the live stream opportunity. More information is available at the links listed above. See You there!
https://thecommonsenseshow.com/activism-conspiracy-war/fallen-angels-or-ets-either-way-they-mean-us-harm-all-revealed-gensix-conference