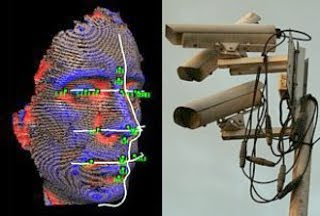 As part of stringent measures to beef up airport security, US authorities may use an Israeli-made mind-reading scanner that allegedly predicts whether a passenger is a potential threat or not.
作為一部分嚴厲的措施去強化機場的安全，美國當局可能會使用以色列製的讀腦掃描儀，據稱可預測乘客是否一個潛在的威脅。
The Transportation and Safety Administration (TSA) and the Homeland Security are considering the installment of a controversial mind-reading system, that was recently developed by the Israeli-based WeCU Technologies, in all American airports, AP reported on Thursday.
運輸和安全局（TSA）和國土安全部正考慮安裝一個爭議性的讀腦系統在所有美國機場，那是以色列為基地的WeCU科技最近所開發的，美聯社 週四報導。
The device, which functions by blending high computer technology and behavioral psychology, is essentially designed to "get inside the evildoers head" without the subject's knowledge and prevent him or her from placing the lives of fellow travelers in jeopardy.
該工具以混合高功能電腦技術和行為心理學發揮功能，被設計“進入作壞事的人的頭部內”但不被目標知道，和防止他或她置同路旅客的生命於危險之中。
According to WeCU Technologies CEO, Ehud Givon, people cannot help reacting mechanically to recognizable images that suddenly appear in unfamiliar places.

With that in mind, the system aims to project images onto airport screens, such as symbols affiliated with a terrorist group or signs only a terrorist would recognize.

Givon said while the WeCU system would use humans to do some of the observing, it would rely largely on concealed cameras or covert biometric sensors that can distinguish a rise in body temperature and heart rate, however slight it may be.

“One by one, you can screen out from the flow of people those with specific malicious intent,” Givon claimed.

The controversial device has sparked an outcry among civil rights groups, who argue that a system that combs through your brain to look for evil intentions is "Orwellian" and akin to "brain fingerprinting."

The groups note that the US should not follow in Israeli footsteps with regards to Airport security. At the Ben-Gurion Airport in Israel, Jewish Israelis pass through smoothly, while Arab Palestinians are taken aside for closer interrogation or even strip searches.

The US is already subjected to wide-spread controversy over the appliance of full body scanners, which according to critics, are in violation of child protection laws as well as the right of travelers to privacy.