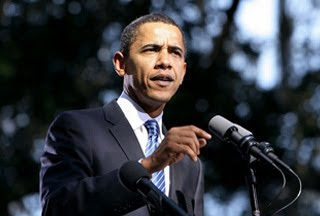 The United States nuclear weapon laboratories have warned that the country's aging atomic arsenal is unable to meet future challenges.
美國核武器實驗室已警告，國家的老化核軍火庫無法應付未來的挑戰。
Directors of three American nuclear weapon labs warned Congress about the danger in letters to Ohio Republican Rep. Michael R. Turner, a ranking member of the strategic forces subcommittee of the House Armed Services Committee.
3家美國核武器實驗室的董事，在給俄亥俄州共和黨眾議員邁克爾 R特納的信中，警告國會有關危險件，他為一眾議院軍事委員會戰略力量委員會的高級成員。
Turner had asked the directors for their opinions on the Jason Panel Report, released by a group of independent scientists last year, which suggests US nuclear arsenal could be maintained for decades with existing methods.
特納曾要求董事對賈森小組的報告發表意見，去年由一組的獨立科學家公佈，它提出美國的核武庫以現有的方法可以維持幾十年。
َAll laboratory directors criticized the report, arguing that the existing arsenal is too old to face future challenges, The New York Times reported.
所有實驗室董事都批評報告，爭論現有的核武庫是太舊，去面對未來的挑戰，紐約時報報導。
"Some materials and components in the current stockpile cannot be replicated in a refurbishment,” director of the Los Alamos National Laboratory Michael R. Anastasio wrote, adding that the existing methods to mitigate aging were "reaching their limits."

Director of the Lawrence Livermore National Laboratory George H. Miller said the main findings of the report “understate, in my view, the challenges and risks encountered in ensuring a safe and reliable nuclear force."

In a statement last Thursday, Turner said that he planned to raise the reliability issue at a coming hearing with the director of the National Nuclear Security Administration, which runs the nuclear weapon laboratories.

The Jason Panel Report could be a decisive factor in whether the Senate will ratify the Comprehensive Test Ban Treaty - a prime objective of the Obama administration.

President Obama pledged to put an end to the initiative launched by the Bush Administration to build a new generation of nuclear arms and promised an additional $5 billion to the labs to maintain the arsenal over the next five years.

The new warning, however, implies that the influential US military industry is pushing through the idea of developing a whole new generation of more reliable nuclear warheads.

Arms control advocates have dismissed the letters by the nuclear labs as an attempt to protect their turf, rather than to air objective assessments.

US Republicans are widely known to be the main advocates of the American military and powerful arms industry.

"They are calculating that the administration does not have the courage to do battle with them, and they may be right,” said Greg Mello, executive director of the Los Alamos Study Group, a private organization that monitors nuclear labs.

"Stepping back," he said, "it appears the White House and liberals in Congress have been outmaneuvered - again - by the nuclear weapons establishment."