Thirty states will be encroached upon by Obama's Executive Order establishing the National Ocean Council for control over America's oceans, coastlines and the Great Lakes. Under this new council, states' coastal jurisdictions will be subject to the United Nations' Law Of Sea Treaty (LOST) in this UN Agenda 21 program. America'a oceans and coastlines will be broken into 9 regions that include the North East, Mid-Atlantic, South Atlantic, the Gulf Coast, West Coast, the Great Lakes, Alaska, the Pacific Islands (including Hawaii) and the Caribbean.
30個州將被奧巴馬的行政命令，建立國家海洋局負責控制美國的海洋、海岸線和大湖區而侵佔。在這一新的理事會下，州的沿海司法管轄區將受到聯合國的海法條約（LOST）約束，在這次聯合國議程 21方案。 美國的海洋和海岸線將被分解為 9個地區，包括東北、中大西洋、南大西洋、墨西哥灣海岸、西海岸、大湖區、阿拉斯加、太平洋群島（包括夏威夷）和加勒比地區。

Because of the decades of difficulty that the collectivists have had trying to ratify the Law Of Sea Treaty (LOST), Obama is sneaking it in through the back door, by way of this Executive Order establishing the Council. Because LOST is a treaty, Obama's Executive Order is not Constitutional as treaty ratification requires 2/3 approval from the Senate. Michael Shaw said that the Agenda 21 Convention on Biodiversity treaty of 1992 failed to pass Congress so it was executed through soft law and administratively on local levels, and Obama's Executive Order is a similar soft law tactic to enact the LOST treaty.
由於困難的幾十年，集體主義者不得不設法認可海法條約（LOST），奧巴馬在從後門偷溜，通過這一方式以行政命令設立理事會。由於 LOST 是一項條約，奧巴馬的行政命令是違憲的，因為條約認可要求來自參議院 2/3的批准。邁克爾肖說，議程21會議在1992年的生物多樣性公約未能通過國會，因此它被執行通過軟法律和地方水平的行政，和奧巴馬的行政命令是一種類似軟法律的戰術，來制定LOST條約。

In fact, our Constitutional form of government is being completely destroyed because buried in the CLEAR Act (HR 3534) there is a provision for a new council to oversee the outer continental shelf- it appears that this Regional Outer Shelf Council will be part of the National Ocean Council. This means that if Congress makes the CLEAR Act into law, then the implementation of the UN Law Of Sea Treaty, as part of the National Ocean Council's agenda, will be "ratified" in a convoluted and stealth manner, in full opposition to the Constitution and its intent.

The excuse for this extreme action is because of the emergency in the Gulf of Mexico. Obama and Congress have always had the legal and military power to force BP Oil to take all necessary action to stop the gusher and clean the oil spew. While there is evidence that the problems in the Gulf have been a result of collusion and planned incompetence, it begs the question, why in world should America's oceans and resources be controlled by Obama appointees?

John Holdren, Obama's science and technology advisor, is the co-chairman of this new council. He is also a depopulation enthusiast and advocates sterilization by way of using infertility drugs in water and food as well as forced abortions which he describes in his book "Ecoscience".

Ken Salazar, Secretary of the Department of Interior, and its subagency, MMS (Minerals Management Service) has authority over offshore drilling and responsibility for enforcing spill prevention measures. The Department of Interior's BLM (Bureau of Land Management) is the entity that controls federally managed land extending across 30% of America in 11 western states. Last week, Congressman Louie Gohmert said that Ken Salazar personally prevented drilling on land in Utah, Wyoming and Colorado, thereby also preventing energy independence. In addition, the federal lands have been grossly mismanaged and present fire dangers. The federal government is $3.7 billion in arrears for maintenance of the federally managed lands.

US Department of Agriculture Secretary Tom Vilsack, by way of the US Forestry Service and US Fish & Wildlife Service, has been complicit in the decline of our country's food independence. For example, US Fish & Wildlife (along with the Department of Commerce) shut the water off in California using Endangered Species Act; it was later proven that partially treated sewage was the primary culprit in killing the salmon and delta smelt that was previously blamed on farmers. This is phony environmentalism. The US Forestry Service has also misused the Endangered Species Act to limit farmers and ranchers. Remember that the USDA co-owns the Terminator Gene patent with Monsanto that makes seeds sterile.

Lisa Jackson is the EPA administrator who has threatened to impose 18,000 pages of new regulations to curb global warming which is based on lies, claiming that carbon dioxide is a danger to human health.

Department of Defense Secretary Robert Gates and Department of Homeland Security Secretary Janet Napolitano: it is unclear how these two federal appointees will enhance environmental 'sustainability' over oceans and coasts. Traditionally, national security threats (like the War on Terror) have been used by the federal government to take control of resources. For example, many years ago when the interstate highway systems were first being built, the Feds got in on the action by claiming that they were building a defense highway system, and they encroached into an area that belonged to the states. Interestingly, there were no overhead structures on highways originally because of the Feds' claim that large missiles would be transported on these "defense" highway systems.

Secretary of State Hilary Clinton, a leading globalist, is likely to plunge our country into international entanglements and subjugation, based on her past performance; an example is her support of the UN Small Arms Treaty, which is contrary to the Constitution.

Department of Energy Secretary Steven Chu and Department of Commerce Secretary Gary Locke are logical choices for this destructive council as some of the planned funding for this program will come from permits and leases (oil drilling leases, for example). These agencies will limit America's energy independence. 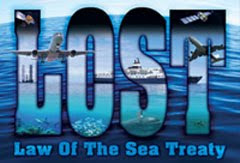