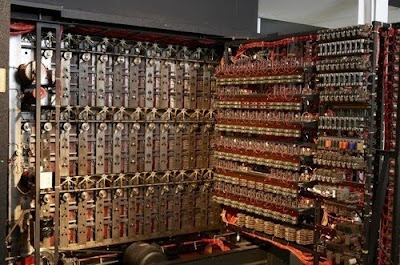 Imagine a form of encrypted communication so secure that it's physically impossible to access it unless you're actually at the location where you're supposed to hear it. Quantum mechanics makes location-based cryptography possible - without any pesky codes or keys.
想像一種形式的加密溝通，那般安全它完全地無法接近它，除非你是實際上在那位置你應該聽到它的。量子力學使基於位置的密碼變得可能 - 沒有任何惱人的代碼或註冊碼。

The basic idea is simple - create an encrypted communication where your actual physical location is the only key required to gain access to the hidden information. It would eliminate any need to create and store decryption keys, which is disproportionately the most complex and time-intensive task in cryptography. You could encrypt a secure line so that the only people who could ever hear would have to be at, say, two secure military bases, eliminating any chance of someone listening in from a third location.
基本想法很簡單 - 創造一加密通訊在您的實際物理位置，是唯一的註冊碼被要求去獲取隱藏的信息。它將消除任何需要去創建和儲存解密密鑰，它會是不成比例地最複雜和最耗時的加密任務。你可以加密一安全線，因此唯一曾經能聽到的人們將要在，比如，兩個安全的軍事基地，消除任何人的機會從第三位置聽入。

And now computer scientists at UCLA have figured out how to do it. The big problem holding back location-based cryptography was that triangulation, the classical method of verifying the receiver's location is the correct one, can be forged if enemies work together to provide just the right combination of wrong information. But that's just classical physics - quantum mechanics has that problem solved. The solution lies in the no-cloning theorem, an outgrowth of the uncertainty principle that basically states it's impossible to create an exact replica of a quantum state.
而現在加州大學洛杉磯分校的計算機科學家已經知道怎麼做。最大的問題阻礙了基於位置的密碼是三角測量，經典方法驗證接收器的位置是正確的，可以偽造，如果敵人攜手合作，提供了這種組合的錯誤信息。但是，這只是經典物理學 - 量子力學解決了這個問題。解決的辦法在於無克隆定理，一個生長的不確定性原理，基本上國家是不可能建立一個精確的複製品一個量子態。
This means that, when the secure transmitter sends out multiple quantum bits, or qubits, the intended receiver is the only device that can verify the information and confirm they are who they say they are. If an adversary was trying to listen in, they'd still need multiple transmitters to mimic the supposed location, but that's now physically impossible because the first adversary would need to both store the qubit's state and send it on to the next confederate, and quantum mechanics says that's impossible.

As the authors note in their abstract: