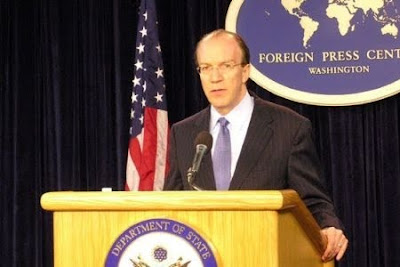 Billions of dollars of reconstruction funds have gone missing in Iraq with the US Defense Department saying it has no record of how the money was spent.
數十億美元的重建資金已在伊拉克失踪，美國國防部說它沒有記錄這些錢是怎樣花的。

"Weak oversight is directly correlated to increased numbers of cases of theft and abuse, with the majority of convictions to date being traceable to the 2003-2004 time-frame where accounting practices were weakest," he said in an e-mail, according to a Washington Post report on Tuesday.
“弱監督是直接與數目增加的盜竊和濫用案件相關的，其中大部分被定罪的日期可追溯至2003-2004年的時間框架，那時會計實踐是最薄弱的”，他在一封郵件說，根據週二的華盛頓郵報。
Much of the money which came from the sale of Iraqi oil and gas were earmarked for reconstruction projects.
大部分的錢來自出售伊拉克的石油和天然氣，被指定用於重建項目。
The report also said the US military continues to hold over 34 million dollars of the fund, even though it was required to return it to the Iraqi government in 2007.
報告亦提到，美國軍方繼續持有超過 34億美元的基金，儘管它被要求於 2007年把它歸還給伊拉克政府。
"The breakdown in controls left the funds vulnerable to inappropriate uses and undetected loss," notes the audit report, a copy of which was obtained Monday by The Los Angeles Times.

Following the formation of the Coalition Provisional Authority (CPA) in 2003, the US occupying forces seized around USD 20 billion of Iraqi government funds and allowed through a UN Security Council resolution to use the money for humanitarian assistance and reconstruction.

After the June 2004 dissolution of the CPA, the Iraqi government agreed to let the US military control the remaining funds. 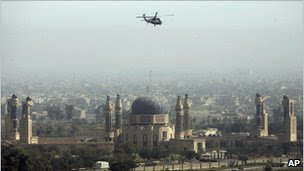 Billions have gone to rebuild Iraq but much of the money is impossible to trace, says a US audit
數十億美元已用於重建伊拉克，但很多的錢是不可能追踪的，美國審計說

The US military said the funds were not necessarily missing, but that spending records might have been archived.

In a response attached to the report, it said attempting to account for the money might require "significant archival retrieval efforts".


重建金錢
Reconstruction money
The funds are separate from the $53bn allocated by the US Congress for rebuilding Iraq.

Much of the money came from the sale of Iraqi oil and gas, and some frozen Saddam Hussein-era assets were also sold off.

The money was in a special fund administered by the US Department of Defense, the Development Fund for Iraq (DFI), and was earmarked for reconstruction projects.

But the report says that a lack of proper accounting and poor oversight makes it impossible to say exactly what happened to most of it.

According to the report, the Pentagon is unable to fully account for $8.7bn of funds it withdrew between 2004 and 2007, and of that amount it "could not provide documentation to substantiate how it spent $2.6bn".

過去管理不善
Past mismanagement
The audit blamed the inability to account for the money on a number of factors.

Notably, it said that most defence department organisations which received DFI funds failed to set up US Treasury Department accounts for the money as required.

It also said that there was no central organisation within the defence department which was charged with overseeing how the funds were accounted for or spent.

"The breakdown in controls left the funds vulnerable to inappropriate uses and undetected loss," the report said.

This is not the first time that allegations of missing billions have surfaced in relation to the US-led invasion of Iraq and its aftermath.

In 2005, the inspector general criticised the Coalition Provisional Authority, the US-led occupation administration, for its management of an $8.8bn fund that belonged to the Iraqi government.

A criminal investigation conducted led to the conviction of eight US officials on bribery, fraud and money-laundering charges.

The latest audit does not include allegations of criminal conduct.
http://www.bbc.co.uk/news/world-south-asia-10774002